For the number No. 90 team – it was the first time any of the team members had visited the track rightfully dubbed as the ‘World’s Fastest Half Mile.’ Regardless, after completing registration and inspection a day earlier, the team began race day with almost three hours of practice.

“I watched the first 15 minutes of practice – because we knew we were going to run out of tires before the end of the session,” explained Renee. “I watched a bunch of experienced drivers spin – so that made the place even more intimidating.”

Regardless, after logging lots of track time, the team participated in qualifying – turning their fastest lap of the day. With the car sent to impound, the team readied for the race – in the interim entertaining their union guests from Boilermakers Local 154 (Pittsburgh, PA). 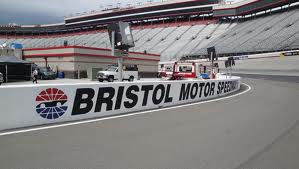 At 6 PM the green flag fell in front of a sizable crowd – including those watching SPEED’s live television broadcast. Off the initial start and an additional restart, Renee was able to gain five spots. But, on just lap 28 her car began to puff smoke from under the hood and she pulled the car to pit road – trailing oil along the way. When the car stopped on pit road, a large puddle of oil began to form under the engine and in the driver’s compartment. With no obvious signs of engine damage, the team searched for the source of the massive oil leak.

“In the end, the guys found that the alternator wire shorted out and blew a hole in the oil pressure gauge line. I’m not sure how to feel. Obviously, I’m relieved to learn that we didn’t hurt the engine. On the other hand, to be taken out by the proverbial 25-cent part type of deal is another in a string of frustrations.”

With a much needed break in the schedule, the team will next be in action at New Hampshire Motor Speedway (Loudon, NH) on Saturday, September 18.