First off, the racing dry spell will come to an end soon enough as Renee is scheduled to run the NASCAR Whelen Modified Tour event at Stafford Motor Speedway on Friday, August 2.

“We haven’t had the finances in place over the last several years to run more than a few races here and there,” offered Renee. “For all the other teams it’s just another race on a season-long schedule, for us we have to try and get it right on a one-off deal. It’s surely not ideal, but we’re excited to get back on track.”

If all goes according to plan, the Ed Bennett owned team will also file entries for the NWSMT race at Langley Speedway on August 31 and the NWMT Fall Final event at Stafford Motor Speedway on September 28-29.

Away from the track, Renee has kept more than busy.

First, starting almost a year ago, Renee began co-hosting Gary Danko’s Speedway Line Report radio show. The one-hour, live broadcast airs at 6 PM on Monday evenings on AM1320 (Waterbury, CT); and is also broadcast live online at www.speedwaylinereport.com. All shows are archived on the website.

“I can’t make it down to Waterbury every Monday night – but I’ve had fun co-hosting the show and look forward to continuing to join Gary and Ricky in-studio as the season progresses.”

In an effort to help fund the race team, on the weekends (in addition to her full-time position with the Boilermakers Northeast Area Apprenticeship Program), Renee has also been working several ‘Ride and Drive’ programs. Since 2003, Renee has contracted with several leading automotive industry marketing firms – as a Pro Driver and Facilitator – to conduct testing and driving programs for consumers, dealers, manufacturers and publications. 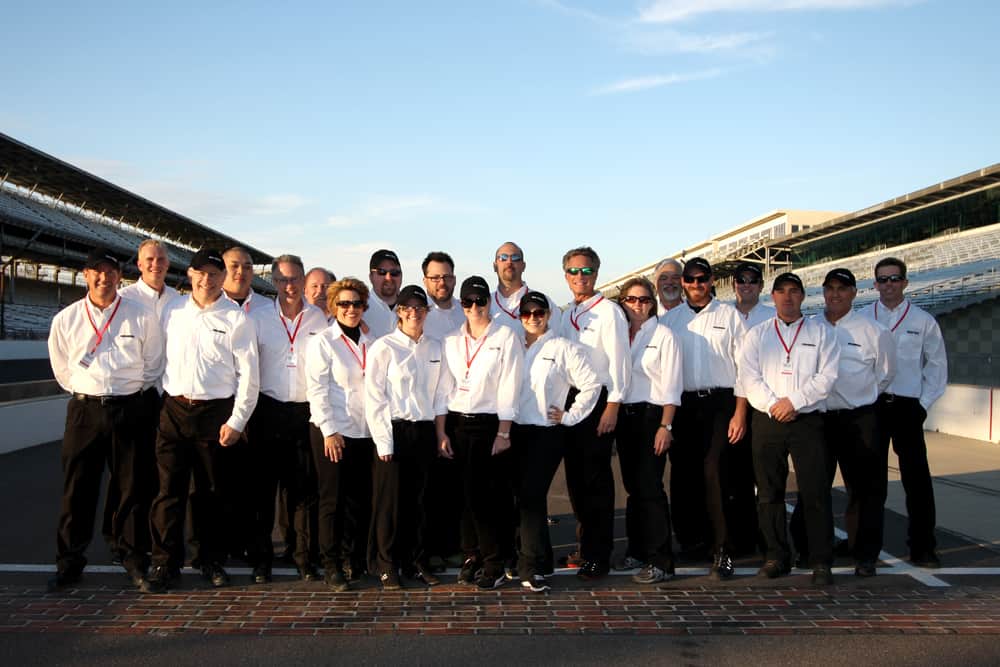 The Car and Driver/Road & Track crew on the bricks at Indy. November 2012. Jon Krolewicz photo.

“Back in October of last year I worked on a Car and Driver/Road & Track program. It was an intense program, but also one of the most rewarding professional experiences I’ve had. In the end, the data collected during the events turned into a national advertising campaign for Honda.”

Renee can be in seen in the opening moments of the Honda Car and Driver Test Drive advertisement.

“More recently, I’ve worked several events for Cadillac. This coming weekend I’ll be working for another GM manufacturer at the MLB All Star Game out at Citi Field,” explained Renee.

Additionally, Renee recently traveled to Ireland with her mom, Kathe. While on the week-long trip, mother and daughter visited many castles, national parks, villages and cities. 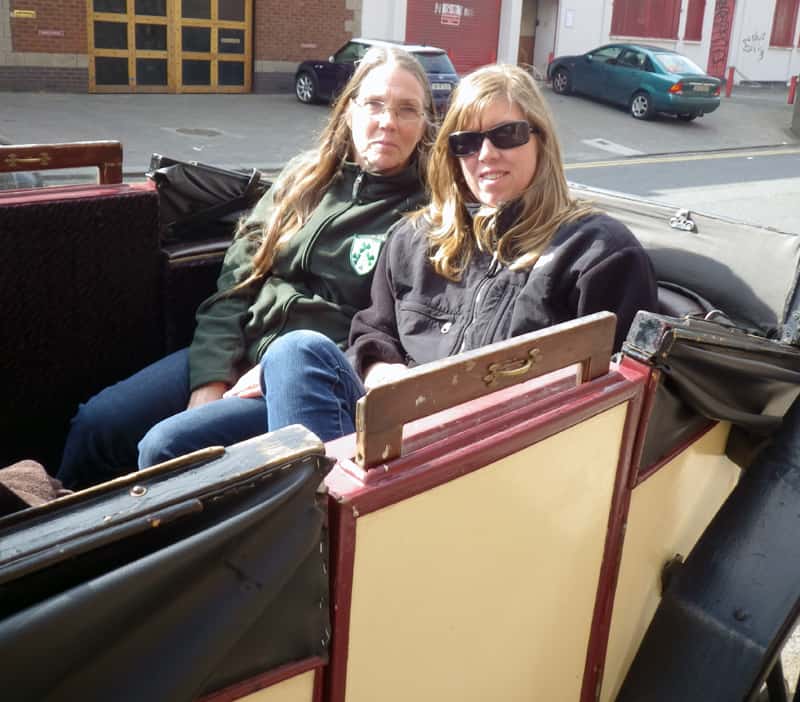 “My mom has always wanted to visit Ireland and, after having a really difficult year medically, we decided to check that trip off our bucket lists. It’s an amazing country and I’m grateful for having the opportunity to share the experience with my mom.”