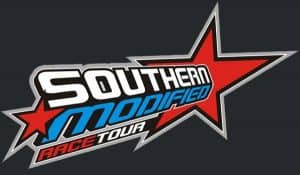 For the second time this season, Southern Modified Race Tour officials postponed the Friday, June 3, 2016 event at Hudson, NC’s Tri-County Speedway. The makeup date for the Hometown 125 will be announced at a later date.

With teams scheduled to come from as far away as CT and OH, we felt it would be best to cancel early and allow them time to change their travel plans and reservations. We are sorry for the loss of the event but we will work with TCMS officials to arrange a make-up date.

With the cancellation, the team will next focus their efforts on preparing one of their cars for the Sunoco Modified division at Connecticut’s Thompson Speedway Motorsports Park. The team will make their debut on  Saturday, July 9 at the ‘For the Fans Night’ event.

‘I’m excited to be racing at Thompson again. It’s unquestionably one of my favorite race tracks. I can’t wait,” offered Renee.